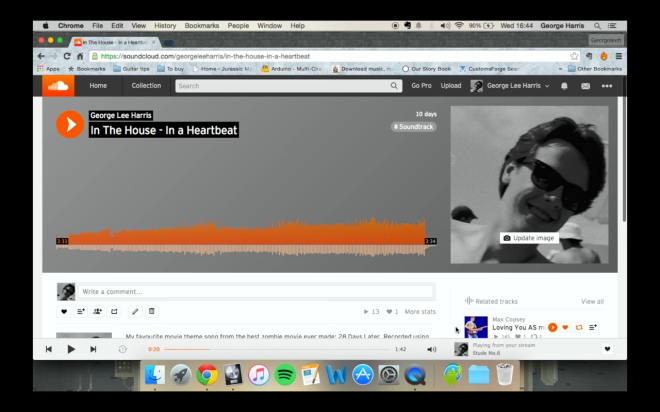 Recorded in September 2015 in my bedroom, this is my version of the zombie flick’s main theme, composed by John Murphy. This version was performed, recorded and mixed entirely by myself at my home in Portchester.

Guitar and bass tracks were recorded via DI. Some DI tracks were pre-processed through a Roland micro cube amplifier and Boss OS-2 overdrive pedal. All other instruments are MIDI synthesisers and samplers built into Logic Pro X.